It feels like there is a lot of energy around GID, as of late.  We have so much going on that it just tickles me to tears. I’m excited to have a turn this week as someone needed a little time, so I have a chance to step in to blog.

Being close to the end of school, another year of GID under our belts, I have worked with many Guided Inquiry Learning Teams in professional development workshops, through coaching, and in editing the upcoming Guided Inquiry in Action: High School book.

I had the great pleasure to go to Anita Cellucci, Marci D’Onofrio and Kathleen Stoker’s school Westborough High School last month. I was there on a visit to see Guided Inquiry in action, accompanying a Finnish research team who is going to be looking at Guided Inquiry in an upcoming large comparative study (HOW EXCITING is THAT?).

The trip was fun in a multitude of ways. But, for me, the most fun, was spending an entire day in Anita’s library observing students in the Explore phase of GID, interviewing and talking with students, as well as hearing teacher’s enthusiasm for what Guided Inquiry has done for them professionally. (See more on this in the June 2016 issue of Teacher Librarian)

I’m hearing positive things from Norman, Oklahoma too, a district who has partnered with me this year in training 100 plus teachers, instructional coaches and librarians on the GID process. And I’ve also been up to our neighbors to the north to British Columbia, Canada where one school is working hard implementing GID in their K-12 program.  This week, I’ll take some time to reflect on these visits highlighting student voices and their implications for GID practice.

Today’s post was inspired by a conversation between a senior at Westborough HS and Eero Sormunen (professor of Information Science at the University of Tempere).

It started with the student speaking about how he enjoyed GID.

“You know how sometimes you’re in a class and the teacher touches on something youre really interested in, like PTSD, this (GID) gives you an opportunity to really dig deeper into those things that were really quickly covered in class but you have an interest in or that your connected to. Like for me, my uncle has PTSD, so that’s why I wanted to know more about it and this Guided Inquiry gave me a chance to really dig deep and understand much more about it.” 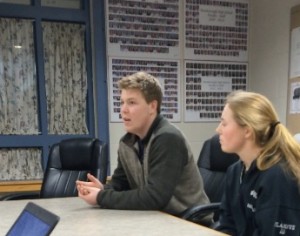 This excited me because this student was clearly able to tap into third space in his research for this Psychology in Literature course.

The student continued: “I definitely found that PTSD is something that you can’t learn all about in an inquiry project like this. Although, it did further my understanding. PTSD is something that no one really has a full concept about and understand that’s just the way it really is. So, I would love to have the chance to continue to study that and hopefully find, I guess, a cause for PTSD. But, from the research I found, it is very difficult. I definitely would like to know more.”

At this point Dr. Sormunen jumped into the conversation noticing the “Uncertainty Principle” of research in this student’s response.  He observed, “This is very interesting from an epistemological standpoint. There isn’t a set of facts about these questions. There are some issues there and you have to be OK with that, because nobody knows.” 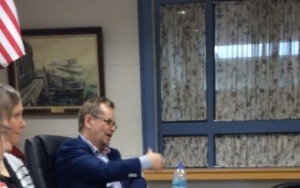 So what if the question I asked, doesn’t have a clear answer?  What this student is exposing, is that the answers don’t matter as much as the journey. You continue to learn through asking that question and seeking to find out about it.

The student absolutely agreed with Dr Sormunen and continued:  “(PTSD is) not like any normal disease like there are symptoms and a way to treat it. It effects everyone differently and there are all different ways to go about treating it. Not everyone knows how to treat it, because not everyone has the option to talk about it, or people don’t know what’s wrong with them.”

And so it was.  The student realized that what he was digging into was a very large topic and very complex in nature.  There are many things still unknown about this disease.  And what he learned was, that there are many ways to treat it and many ways it looks in different people.  He was not discouraged by not being able to have a hard firm answer, but took a lot of pleasure in having an opportunity to learn more and as much as he could about it, perhaps to understand and empathize with his uncle.

Maybe because he seemed very motivated to learn, the researchers then asked if he felt all students were quite as motivated to learn through this method in his class.  His response: “In public school you’re going to find some kids who are not motivated, but I think the class that we had in particular, everyone really found what they were interested in and really had the drive to go and learn more about it because there was that maybe not personal connection (like me with my uncle and PTSD) but they could relate to it or wanted to know more about it. And the whole process was very free. Like, you had a lot of freedom in your research so that definitely helped.”

Nice work to the Learning Team at WHS for finding ways to engage all students through GID.

While in Canada, visiting and coaching teams on their plans for GID, I spoke to a fourth grade team who let students ask questions that they knew the students might not be able to find the answer to. This was a little unsettling to me, I thought wouldn’t kids get discouraged? But, in fact, opening up to some uncertainty and being ok with that may be difficult work for us all at every level.  Uncertainty is one of the great challenges of inquiry learning. Becoming more accepting of the uncertainty is a worthwhile goal.

In summary, within the context of inquiry, if students don’t find a hard fast “answer” or even evidence for their question, it doesn’t mean students haven’t learned.  We must be open to the journey while engaging in inquiry, and take stock in the end that students know what they know now, that they may not have known at the beginning, for that is where the satisfaction will come in.  In general application of this idea, inquiry flows along the GID phases, but flexibility comes in throughout with an inquiry stance and openness to what one might find along the way. To use the words of the student, a “freedom” to find what is there, and learn from that.

What fun it is, this learning journey!

Thanks WHS for giving me the opportunity to showcase GID in action and to your students who so willingly shared with us that day.  Looking forward to many more conversations with all of you. 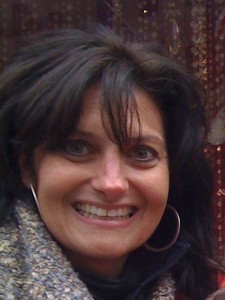