Call Me a Covert Operator

Call Me a Covert Operator

Before I begin you need to know 5 things.

I am a covert operative.  My first Guided Inquiry Design unit was done without calling it by name.  You see, I had some third grade teachers who wanted to do a research project based on an animal classification unit they were about to complete.  When what should come to my mind?   Animal Smackdown! I shared some ideas about what we could do and at the same time I was thinking I’m going to put a Guided Inquiry Design spin on this and no one is going to know.  We planned the unit and discussed how things would go, but I never called it Guided Inquiry, I considered this my top secret assignment to see how I could make Guided Inquiry work at Kennedy.

The first part of this strategy was an Open that would grab students, and honestly teachers too.  My go to materials in this scenario were some carefully selected excerpts from a variety of informational texts.  I would read excerpts from the text that usually were pretty impressive things like how a slow loris can rub it’s underarm to activate a poison that can lead to a toxic bite and we would discuss things about how that would be advantageous against another primate or other animals.  We did this for many different animals and would discuss size versus natural defenses and who would or would not win in a battle.  Students became really engaged in this discussion in large part due to the classroom community their teachers had set up throughout the school year.  I ended the Open with a simple statement, “Imagine what animal you would choose if you were going to battle all other animals.  We will meet back tomorrow.” 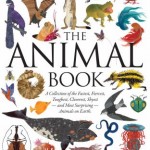 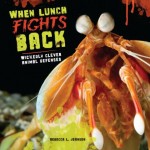 When we met back the following day students set out on the Explore process since they were already being immersed in the terminology and content that we would be studying during instructional time in the classroom, in what we call, Core Knowledge Read Alouds.  During this time I instructed students that they were to begin looking at animals using informational texts in the library or electronic encyclopedias that we had available including Encyclopedia Britannica and World Book.   As students set out on this process the Inquiry Community of the classroom began to shine.  In particular, there was a specific student who was able to break his stereotype in the classroom community when he was able to demonstrate a specific feature in World Book where you can compare animals side by side.  He showed his neighbors and they showed their neighbors and soon the entire class knew how to use this feature to compare animals.  This is the moment when Guided Inquiry Design cemented it’s place in my pedagogical heart. 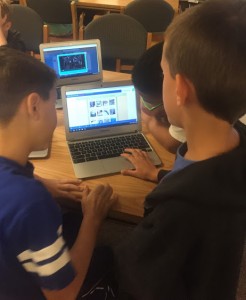 Following the success of the Open and Explore stages I began to let the teachers in on the secret of Guided Inquiry Design.  They were intrigued and willing to keep moving forward. After wrapping up the explore stage students, teachers and I worked together with students on the development of their inquiry questions.  Ultimately, these questions would be able to demonstrate why a particular animal would be the best, but it could be based on anything and the persuasiveness of the students argument would be crucial to expressing why their animal was the best.

Students researched adaptability, agility, habitats, predators, prey and more of the animal that they zeroed in on and they went from there.  I would push into classrooms during this time and due to the open concept I would basically just roam through all three since they were adjoined and help as needed.  Teachers also allowed research time during intervention blocks.  Students chose to research when completed with work instead of playing academic games on sites like MobyMax, Sum Dog or Achieve 3000.  They. Chose. To. Research. INSTEAD!

I admit to not being a Guided Inquiry Design aficionado at this point in time, so during the Create stage we provided students a template of a trading card that they would use to share the information they collected with all 3rd grade classes during a Google Hangout where they would battle another card, Pokemon style.  We had a bracket and students were able to discuss with their classes why a certain animal should or should not win the battle and then students voted.  This should take about two weeks to do based on the number of times we had to meet and could be done quicker. I will admit though, that due to training, breaks and daily schedules it took us about a month to go through all the rounds.  Still, throughout this time students were excited every time they would watch the hangout live or via YouTube and discuss the battles.  Teachers led discussions with students throughout this process to discuss the animals and  identify what information would fill in gaps.  Students further researched animals if they were inclined to as well.  Ultimately, a “winner” was selected and I did award a trophy during our December assembly.  The entire third grade went wild!  The principal was elated to see students so excited about the project.  Parents spoke to me about what their students were doing.  Pause.  PARENTS, spoke to ME about what their students were learning.  That is a big thing for a Teacher-Librarian because we usually come in contact with parents at a book fair or while discussing a lost book.

Students completed a simple survey as a formal evaluation of their work.  Their teachers and I conducted ongoing formative assessments throughout the process.  I’ll admit, this is one area where I struggled with this project, but I am certain all learning objectives were met for this project.

My closing thoughts about this unit are that I’m excited to do it again, now that one of the teachers has been through a Guided Inquiry Design Institute.  By the time we finished all three of the classroom teachers were on board with conducting more Guided Inquiry Design units in the future. We are planning on doing this particular unit again, along with a unit that will integrate into state history as part of the Social Studies curriculum.

Tomorrow I will discuss my 4th grade unit and on Friday I will share how I’m planning on moving forward in my practice as a Teacher-Librarian using Guided Inquiry Design.