One of the goals of the 21st century teacher librarian, is to develop 21st century skills. This requires an innovative spirit and a sense of connectedness in the world around us. Being willing to encourage students and teachers to step outside of their comfort zone and reach beyond the borders of their school can be difficult, but incredibly rewarding. 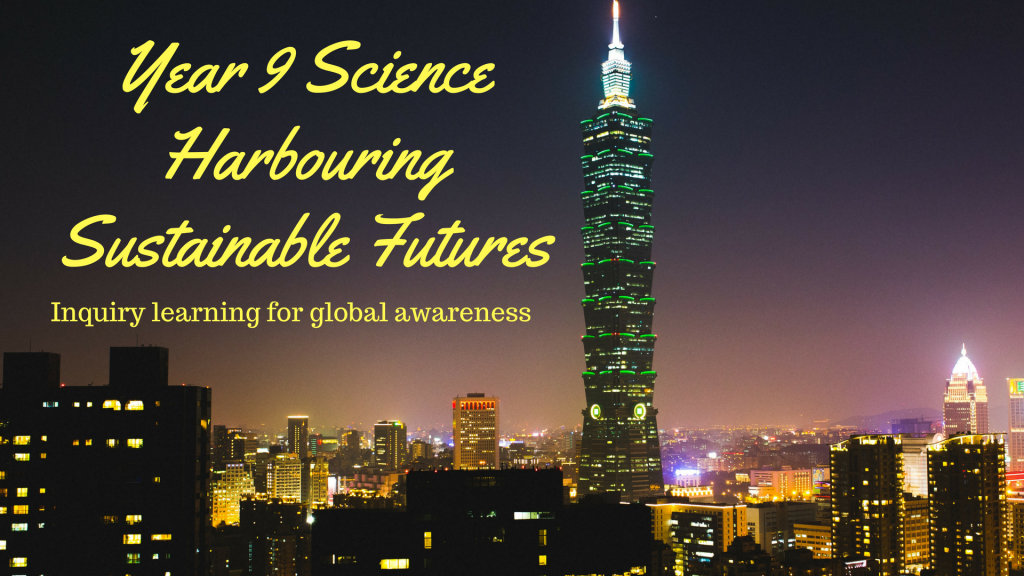 My first project was the perfect opportunity for innovation and global connections. Students were being asked to research and compare environmental problems in Sydney and Taipei and create a video which would convince others of a solution that they have identified. Thankfully, we now have fantastic tools to assist us in connecting with others on a global level in the inquiry process. However I really resonated with the words of George Couros who says innovation is:

….less about tools like computers, tablets, social media, and the Internet, and more about how we use those things.”

Guided Inquiry provides us with the model to ensure that we are not using those tools just because. Rather, we are using those tools to fulfil the nature of each stage in the inquiry process. The slides below demonstrate how we use the tools:

Google products were central to our ability to collaborate on a global level. Students used Google Docs in small inquiry circles to collaboratively edit the Inquiry log and Inquiry journal during the EXPLORE and GATHER phase. In IDENTIFY, MindMeister (which is linked can be a Google Add-on) allowed students to brainstorm their findings from the EXPLORE phase and develop both a central question as well as additional questions that will be sent to a school in Taiwan. We then used Google Docs which was edited by each inquiry circle and then shared with the Taiwanese school.

One of the issues that the students were presented with in the inquiry process was their inability to read much of the scientific research and statistics relating to environmental issues in Taipei (largely due to language – Google translate is great, but not perfect!) Therefore, our sister school in Taiwan played a very important part in the inquiry process because they would have access to information that we did not (or rather, we could not understand it!)

Additionally, we used Line, a social media platform which is widely used in Asia to communicate and plan with teachers globally. Once the students in Taiwan answered the questions, we used our multimedia room to Skype with the school. This added an element to the task and was probably the highlight for students on both sides. It also allowed us to develop skills in communicating using technology and across cultures, a skill that would useful beyond this particular project and arguably a 21st century skill.

As you can see from the student reflections, the feedback was positive and I think the students felt that the choice and connections that they developed made the project much more relevant and interesting than their usual inquiry projects.