Facing the Reality of Drugs and Depression through GID

Facing the Reality of Drugs and Depression through GID

For my last blog this week, I would like to discuss the importance of student engagement and reflection in the GID process.  In previous blogs, I have also touched upon student engagement and reflection AND each semester that we use GID, I see more and more how critical this piece is to students’ learning.  One of the six principles of guided inquiry is:  Children learn by being actively engaged in and reflecting on an experience.

This past semester one of our seniors named Aidan began the GID process and eventually formulated the following guided inquiry question:  “What are the effects of using prescription and illegal drugs when one has depression?”  Earlier in the semester in our Psychology in Literature course, we had studied a unit on Destigmatizing Addiction.  We read the memoir Basketball Junkie by Chris Herren and Bill Reynolds, which is about Chris Herren’s battle with the disease of drug addiction.  We watched the ESPN documentary Unguarded, read multiple short stories, essays, poems, and viewed a couple of TED Talks–all with the intent for students to learn that addiction is a disease.  Aidan wrote in his reflection of the unit: 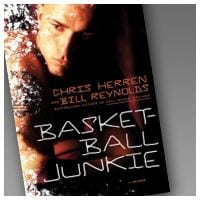 “In the book Basketball Junkie by Chris Herren and Bill Reynolds, Chris had issues his whole life that contributed to his addiction. I didn’t realize that many people who battle addiction suffer as a result of previous vulnerability. I thought that it was only bad choices that would made somebody addicted. In Chris’s case, it was his ADHD and depression that made him so susceptible to drug addiction. It was really sad to see that nobody recognized these issues and addressed them up front, not even Chris. Some of what happened to him was due to the people he surrounded himself with. I can now see how much of an impact your friends have on your behaviors, and this was a common theme throughout the addiction unit. People would have “friends” that influenced drug abuse, which later led to addiction. This also made me realize how much of a negative impact addiction can have on other people in your life. In Chris’s case, he caused a lot of pain and suffering to his family members, coaches, and old friends who just watched him through this whole process.”

So I assumed that Aidan’s GID question was centered on our addiction unit as it appeared he was further curious about the disease of addiction.  However, it wasn’t until he was presenting the CREATE phase to me that I truly understood why he was so engaged in the research.  Aidan presented his research through a google slide show.  He navigated through the slides sharing all the relevant research showing that addiction is a disease. He shared how a misconception that some teens believe is if they are depressed that self-medicating with all kinds of drugs will help decrease their depression.  At the end of his presentation, he said to me, “I assume you know who I geared my research towards, Mrs. Stoker.”  I quickly thought, oh shoot, I totally missed this one–I have no idea who he is talking about…so I said, “I assume one of your friends?”  He then said, “Justin.”  And it clicked.  Unfortunately, a friend of Aidan’s who also had been one of my students had recently left school and from what we knew was struggling with addiction most likely in connection to depression.  Aidan’s research was based on his experiences with his friend Justin.

Aidan went on to share that he wanted to show his research to Justin in hopes of showing him that the effects of drugs through self-medication were not helpful at all to someone suffering from depression.  Admittedly, my heart broke and it swelled at Aidan’s compassion, empathy, and hope for his friend.  We talked further about how hard hard it is to watch a loved one suffering with addiction.  We discussed the importance of reaching out and knowing that the person on the other end may not be receptive to one’s help.  Aidan said he had to try.

This interaction with Aidan certainly reminded me how much our students are dealing with on a daily basis–how much they really are thinking and feeling–and how empowering using GID to engage and reflect is to our students.  As teachers, the easy way is to assign research topics, it initially seems more difficult to give up the control and have students explore on their own–but as read in the aforementioned example, it is so worth it.  Our objective really as educators is often to guide our students in their learning and to encourage them to take charge of their own learning–as to make meaning in their relationships with themselves, their peers, and the world in which they live.  Do I really hope that Aidan and Justin will connect over Aidan’s research?  Of course I do.  Am I afraid they won’t?  Absolutely.  And yet, I believe in Aidan saying he will try.   As I reflect on my experience with this semester’s GID, I know I won’t forget how GID connects us.