Training to Be a Guided Inquiry Trainer

Training to Be a Guided Inquiry Trainer

So as I mentioned in my first post this week, I feel very fortunate to be one of the first 8 people trained to be a Guided Inquiry Trainer for Norman Public Schools.  As the interest in our district has grown, Leslie Maniotes and our leadership worked together to come up with a plan to train as many of our teachers as possible. 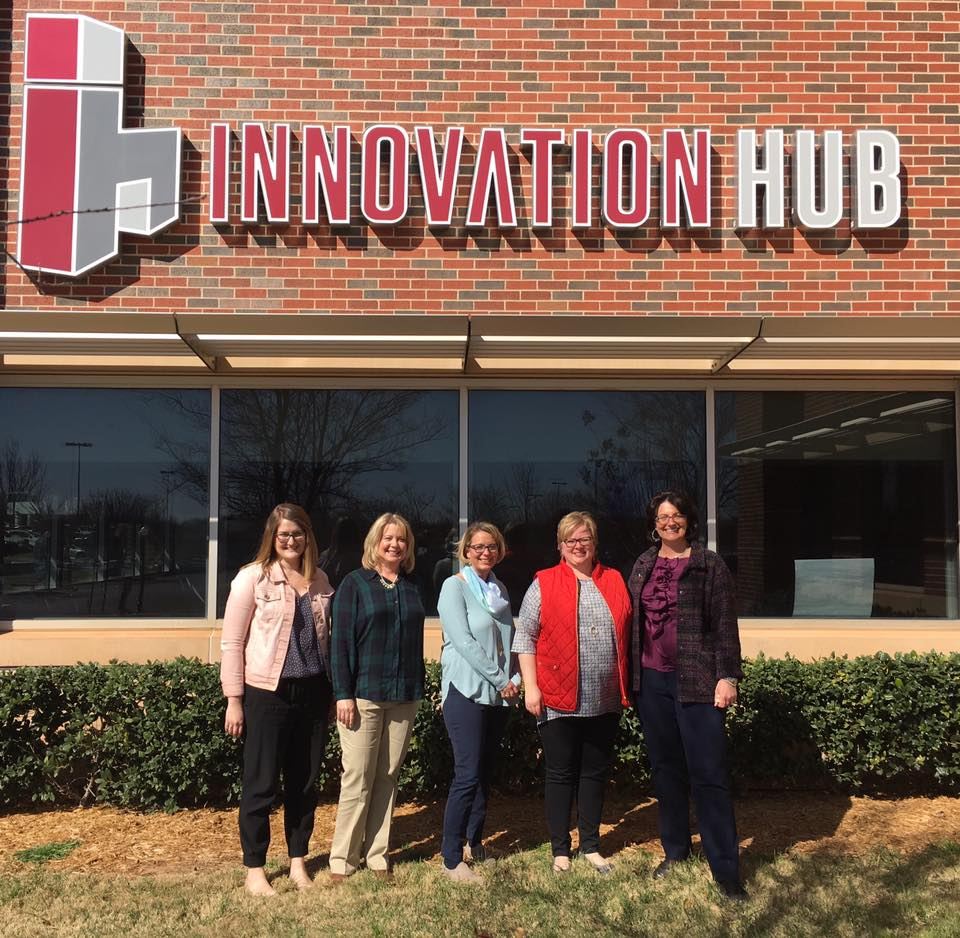 The passion for Guided Inquiry is spreading in our district as teachers return to their buildings and start working with students on their prototype units.  It was decided that 4 elementary trainers and 4 secondary trainers would work with Leslie to help to carry this into the next several years and train as many teachers as possible.  I am a member of the Secondary Training Team as seen in the above picture.

Do you want to be a District Guided Inquiry Trainer?

We were all contacted by our District Assistant Superintendent, Dr. Shirley Simmons and asked if we would be interested in training with Dr. Maniotes to be a District Trainer.  We were then invited to the upcoming Guided Inquiry Institutes in March to just watch and take notes as Leslie led the teachers through the Institute.

The new trainers met before the institute and Leslie shared with us that she did not want us to participate as we had in previous training, but instead, sit, watch, and take notes on each slide noting how she handled different questions and situations.  It seemed at first that it may be a bit awkward, but it was such a great time of learning.

As Leslie conducted the institute, we were able to each write what we saw, heard, and question how she handled each situation. She would walk over and explain her techniques and reasoning to us for each section of the Institute.  We would meet during lunch and after the institute each day to discuss what worked and why.  On day 2, she had two of us at a time sit in on the conferences and listen to how she coached each group with their prototype unit.  The groups during this institute had very diverse topics and issues to deal with, so the training was very thorough.  We had the opportunity to provide feedback as well to the groups and participated on day 3 in the sticky note activity as groups presented their units.

At the end of the March Institutes, we were told that in July, we would be presenting the summer institutes with Leslie there to coach us through it. So as the summer began, we found a time to get together to go through the training and see which parts each of us would do.  We went through the slides and then went home and studied some more.  Finally, the institute was coming soon.  Leslie provided support by sending us messages offering help as we prepared.  We met again and went through the whole Institute slide by slide.

Step 3 — Our Turn with Coaching

The week of July 19, we were on with Leslie right there with us.  I have to admit I was a little nervous.  I have been a trainer before, but never with one of the authors, researchers, etc… right there watching.  However, my mind was quickly put at ease.  Leslie Maniotes is a teacher.  She is kind, giving, and an amazing coach.  As each of us got up, she took notes, added ideas to the slides, and did some “side-by-side” coaching.  In a smooth flow, she would make sure we added pertinent information or phrase something a certain way.  Throughout the day, she would meet with us on breaks and share that each step of the institute (down to very small details) are in there for a reason and help lead the participants to their own thoughts.

Personally, I had two instances that stood out as growth moments. Leslie pinpointed that as I would raise my hand to get the group back together to not start with a fully extended arm, but instead to start at my elbow, so I have somewhere to go if they were not coming back together.  WHAT A SIMPLE, COOL idea that I had never considered.  She also caught my phrasing when I would ask, “does anyone have anything else?” She pointed out that the language I used closed a conversation.  If I would change that phrase to “what else?”, that would open and invite the conversation. At the end of the institute, she also met with each of us individually.  She offered great praise and wonderful suggestions for growth.  What an honor it was to be coached by her!

So the three days were a great time with an amazing group of teachers.  We made it through with support from Leslie, and the teachers did incredible work.

Here is the fabulous group we worked with: 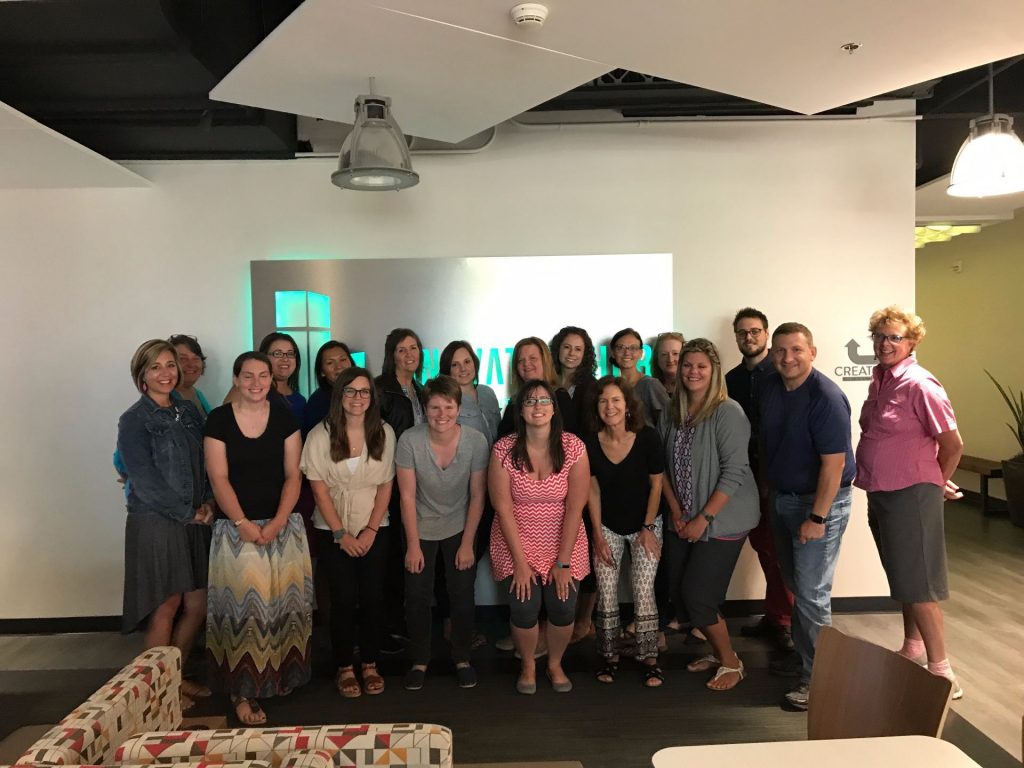 In conclusion, the thought of all the students this year who will have the opportunity to learn through the Guided Inquiry process is exciting. The work that Dr. Leslie Maniotes has done in Norman Public Schools is transforming how our students learn. What an honor it is to be a part of helping to spread this amazing program!

Tomorrow, I will share what is coming this year with Guided Inquiry in Norman Public Schools.